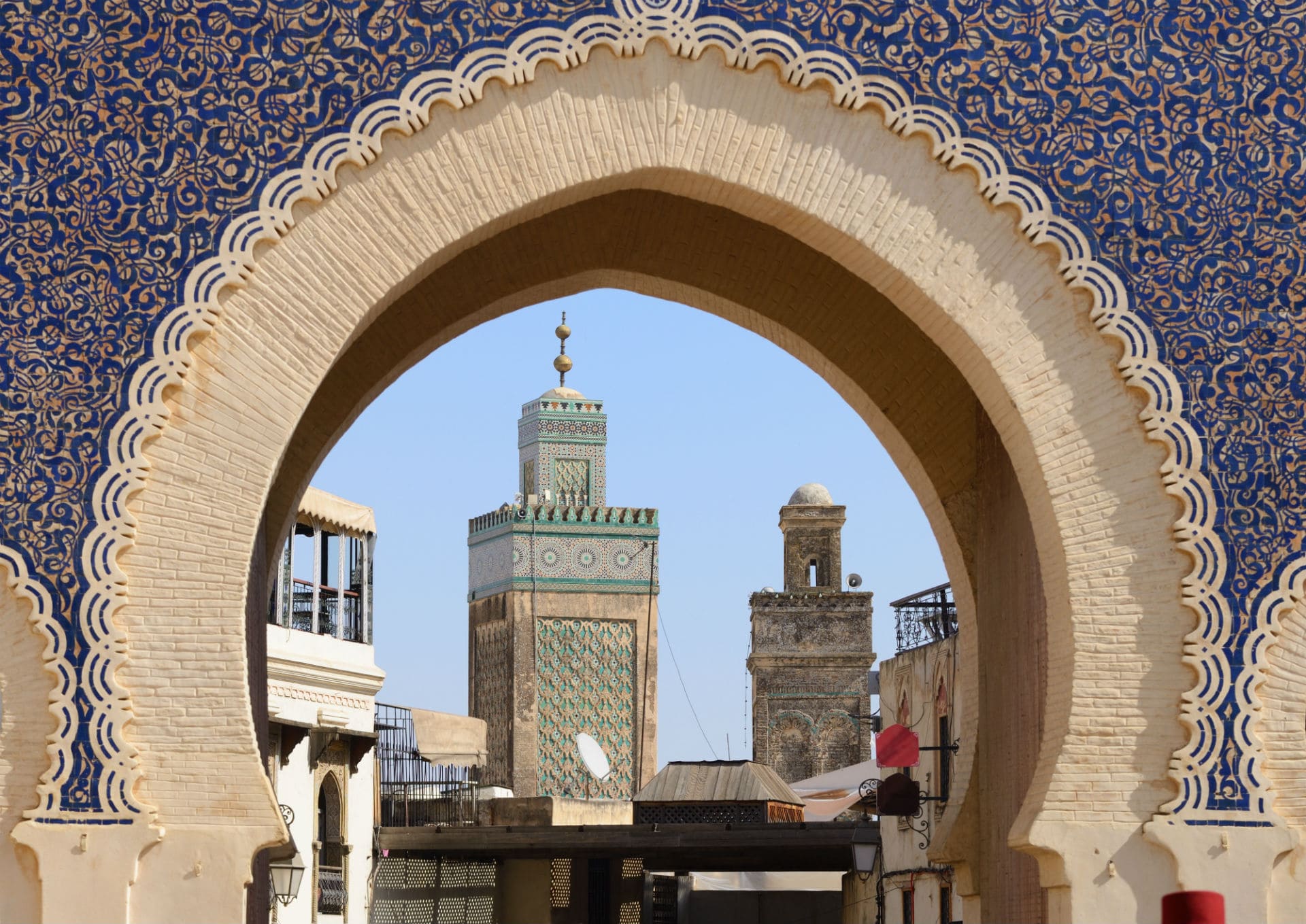 imperial cities of Morocco are for four cities. Fez,Marrakech,Mekness and Rabat.each of these cities was at a certain moment in the history of Morocco .

the administrative capital of the kingdom is one of the great dynasties that governed the country (Adarisa,Marabitoun,Monotheists,Marionites,saadian and Alawites).Each regent has built its capital with luxury and aesthetic capital ,these royal cities today are major tourist attractions in Morocco ,with its distinctive architectural,historical and architectural masterpieces. 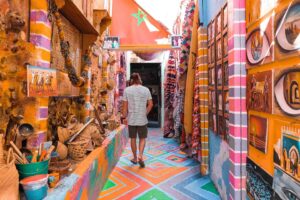 Surely not a casual street in Medina of Fes

Fez is a mix of history and culture,the old medina of Fez it is the largest in the world.Furthermore medina is a car-free urban area because of, it narrow streets.so it is the perfect place for exploring on feet.

Fez jdid or the newer medina ,in this area you will discover the old jewish neighbours named El Mellah.

The  french protectorate built  the modern part of the town (city center) during the time Morocco was a protectorate. 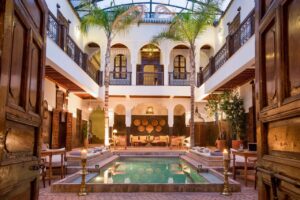 Marrakech the fourth biggest city in Morocco, the red city was established by sultan Murabeti Abi Bakr Ibn Omar, in 1070.

the most important monuments in Marrakech are Badi palace,it was founded by king saadi Ahmed Al Mansour Alzahabi,also Almoravid dome ,the dome is characterized by rectangle carved from the outside, and was created by the Almoravid state, without forgetting the magic of Jemaa El Fna square that gathers storytellers, dancers, Moroccan snack and the fresh juices sellers.Jemaa El Fna always astonishes visitors with its beauty and charm, and ofcourse they are various other things to explore and experience in the palm capital. 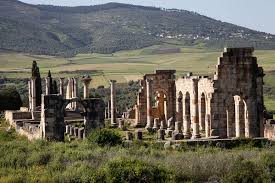 Sultan Moulay Ismail constructed Meknes  cities, ,his goal was to make Meknes a city comparable to the european capitals.

the monuments that stuns visitors is Bab –al –Mansour,a famous mosque in the royal palace with its old walls0

Meknes is the city of Arab Islamic civilization and ancient history,  with its important historical monuments, registered with UNESCO

Hassan tower and columns in Rabat

Finally, Rabat  One of the largest cities of the kingdom , and it is the capital of Morocco . Sultan Yacoub Mansour Almohadi  founded Rabat in the middle of the twelfth century.

Rabat city is a good tourists destination that has many monuments,Thus the Shala area it is one of the most important and famous archaeological and tourist sites in Rabat. Therefore,it includes many ancient plaza temple, and a variety of birds.Besides. Hassan’s Silo an incomplete historical building that was built to be a minaret of a mosque in the time of Sultan Yacoub-al-Mansour.In conjunction of the death of Sultan Yacoub-Al Mansour consequently the construction of the mosque was stopped.

The tomb of Mohammed 5, the Side of the Hassan Mosque , built in the year one thousand nine hundred and seventy one,is characterized by the construction of a wonderful modern design,the roof of a green pyramid,white walls, and contains the tomb of the Moroccan monarch and his two sons . 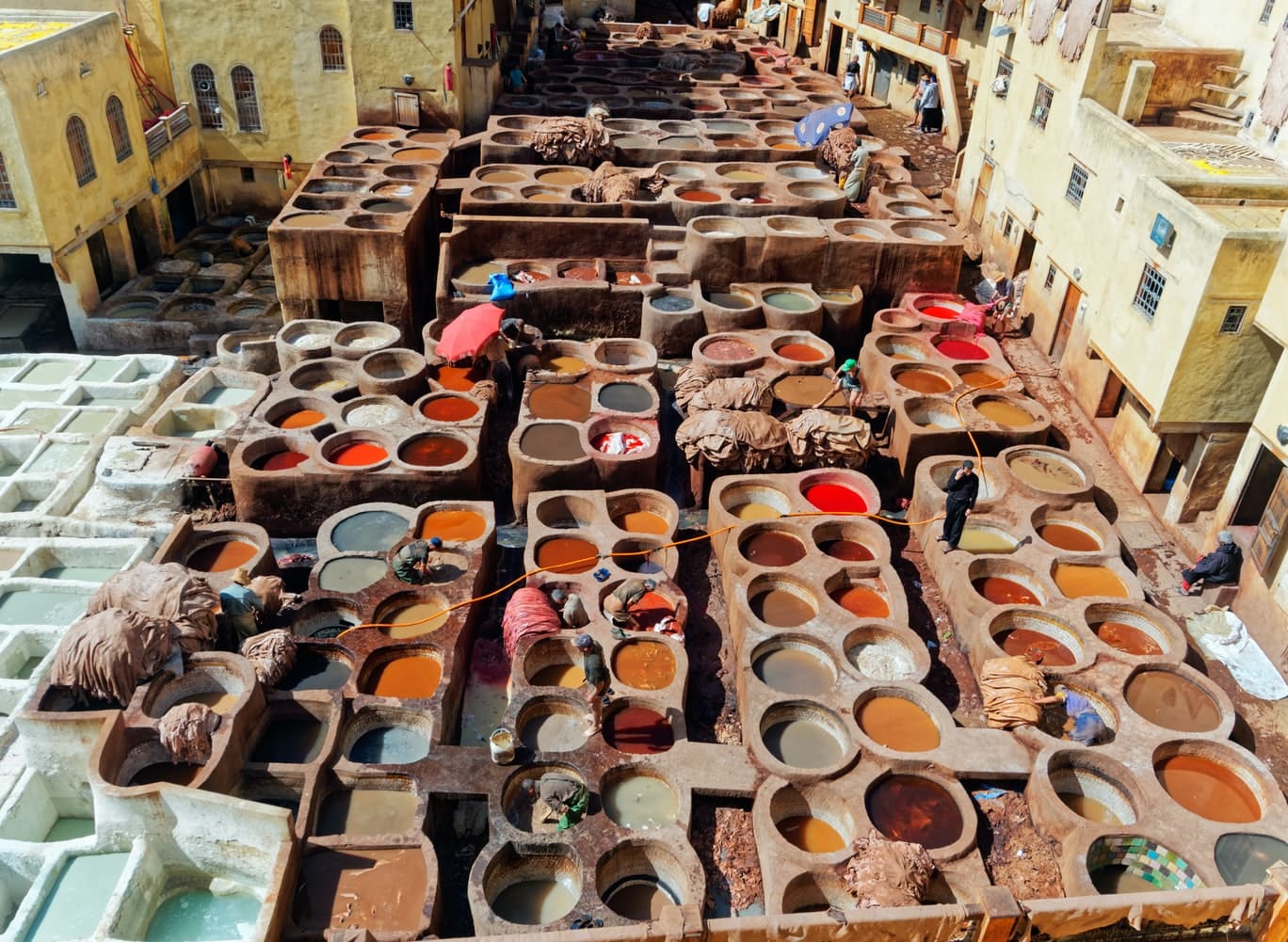 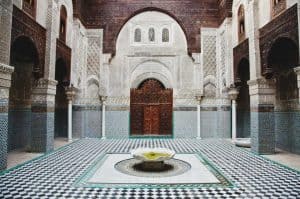 By khadija
Connect with Social Networks